During viral infections with viruses such as the flu virus, RNAs having 5'-triphosphate groups (PPP-RNAs) are produced which do not have the usual eukaryotic 5'-cap. A recently-discovered protein, IFIT, can bind this foreign RNA, allowing the immune system to distinguish "self" from "non-self" RNA and initiate processes that serve to prevent the virus from making viable copies of itself. The mechanism for IFIT recognition of foreign viral RNA is the subject of new research, which may pave the way for new developments in the treatment of viral infections. Researchers have used data collected at the CMCF to solve crystal structures of a human IFIT with and without bound PPP-RNAs. These fascinating structures reveal a cavity within the protein designed to accept only single-stranded PPP-RNAs, yet with the necessary ability to be non sequence specific. PDB ID: 4hoq 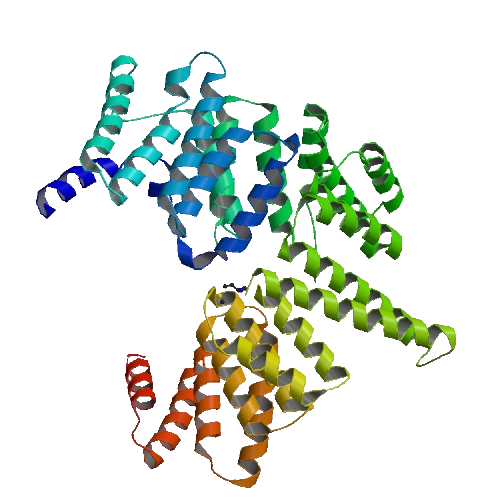