CMCF-ID, an undulator-based beamline designed for studying small crystals and crystals with large unit cells, was part of the initial construction project officially launched in September 1999. Construction of the beamline was completed in 2005 and the first user experiments were performed in 2006. The beamline has been in full operation since January 2007.

In August 2001, the Protein Crystallography Beamline Design Team submitted to the CLS Director a Letter of Intent for a second protein crystallography beamline. CMCF-BM, a fully automated bending magnet beamline for high-throughput macromolecular crystallography, was one of the beamlines included in the second phase of beamline constructions at the CLS, lauched in 2005. Construction began in the fall of 2006 and was completed in 2009. CMCF-BM went into operation in 2010, and the first remote data were collected in February 2011.

In May 2015, funding for a major upgrade of CMCF-ID was announced which includes plans for a longer undulator insertion device, new detector, automounter and optics to enable more efficient and shorter data collection times on smaller crystals. Principal users representing institutes from accross Canada successfully submitted the proposal to the Canada Foundation for Innovation, and included: Mirek Cygler (U of Sask), Alisdair Boraston (U of Victoria), Mark Glover (U of Alberta), Alba Guarne (McMaster U), Zongchao Jia (Queen's U), Brian Mark (U of Manitoba), Bhushan Nagar (McGill U), Kenneth Ng (U of Calgary), Emil Pai (U of Toronto) and Filip Van Petegem (U of British Columbia).

The CMCF Beamline Advisory Team grew organically out of the Beamline Design Team and now serves a vital role in advising the CMCF and supporting its mission. The team represents the interests of researchers conducting experiments at the CMCF from accross Canada. Past members of the Beamline Advisory Team include Louis Delbaere (U of Sask, first team leader), Joe Schrag (NRC), Bart Hazes (U of Alberta), and Ernst Bergmann (U of Alberta). Current membership can be found on the CMCF Contacts page.

The CMCF was entrusted with the Acta Crystallographica collection of Professor Louis T. J. Delbaere, formerly in use at his laboratory in the Health Sciences building on the University of Saskatchewan campus. The collection has been housed in the Control Room of beamline CMCF-BM since January, 2012. Guests and users are welcome to peruse the collection, but are asked to not remove copies from the Control Room.

Each year at the Annual PSFaM Meeting, the Canadian Light Source supports this award for best poster on macromolecular crystallography experiments conducted at the CLS presented by a graduate student or postdoctoral fellow. Below are past recipients. 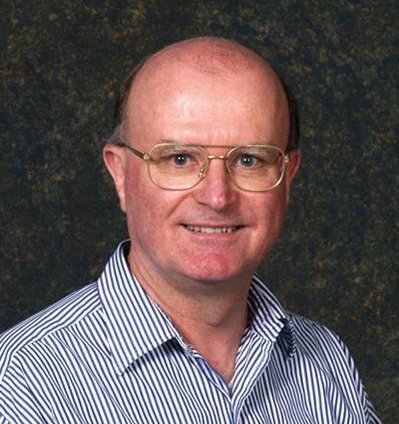 An internationally-renowned crystallographer and acknowledged leader among his peers, Louis was a true scholar and gentleman. He was involved with the CLS from the very beginning, representing the Canadian protein crystallography community at one of the first CLS planning meetings held in Montreal, and was a key member of the team that successfully made the case for the creation of the first Canadian synchrotron. After the CLS was founded he became leader of the CMCF Beamline Advisory Team. He coined the name, Canadian Macromolecular Crystallography Facility (CMCF), since he envisioned that it would one day be composed of more than one beamline.