The microbial community of the human gut, the microbiota, is critical to human nutrition and health. Different diets are associated with different populations of microbiota. A study has appeared in Nature that explores the adaptation of the microbiota to yeast domestication in the human diet. Yeasts have been an important component of the diet for millenia, through such foods as yeast-leavened breads, fermented beverages and such food products as soy sauce. In this detailed study using multiple techniques, including structural data from the CLS, components of yeast (α-mannans) are shown to be an important food source for Bacteroidetes, a dominant member of the microbiota. These specialized bacteria use a mechanism to break down α-mannans by limited cleavage on the surface, generating large oligosaccharides that are subsequently broken down to mannose by periplasmic enzymes, a process that minimizes nutrient loss. PDBID 4c1r. 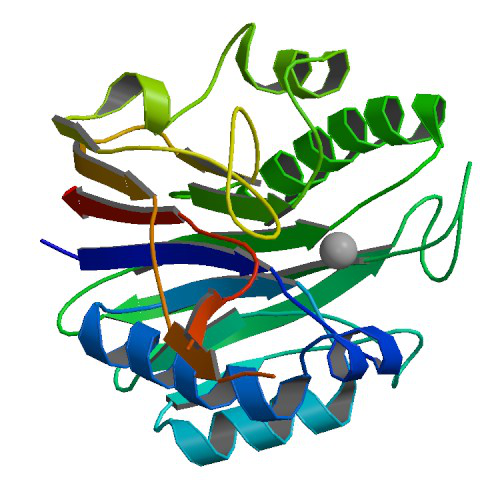